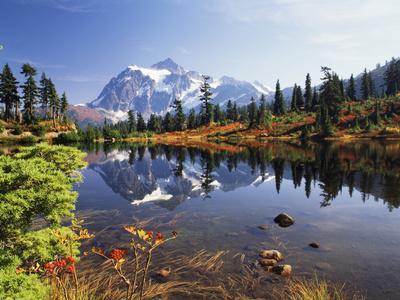 In “Meeting the Challenge of Wild Land Recreation Management: Demographic Shifts and Social Inequality” by Dorceta E. Taylor, the author raises a number of challenges and issues around diversity, race, and ethnicity in public lands and outdoor recreation areas. A key reason for this concern is the relatively small percentage of members of racial and ethnic minority groups involved in going to these areas as attendees or being involved as partners or volunteers in managing these areas compared to their percentage in the population. This article raises concerns about why they are less involved than members of the majority white population and how to get them to become more involved.

There are a number of reasons why they may be less involved. One reason for their lower participation may be the romanticized perception of wilderness areas from American history inspired by notions of transcendentalism and romanticism. These ideas have created a romanticized image of the wilderness as a retreat from the modern, industrial world, and now that vision might serve as a counterpoint to today’s high-tech, fast-paced world of immediate global connections everywhere. Still another theme from history may be the notion of the wilderness as a frontier with images of rugged male frontiersmen battling the elements and nature on their own that appealed primarily to white middle and upper class males — an image reflected in the popular image of the cowboy and male hunter in films and TV. Then, too, the national parks and wilderness areas became a place for vacations by wealthy, urban tourists who enjoyed hunting and fishing trips, combined with the luxury of returning to an expensive hotel at night.

While these notions about the meaning of the outdoor experience may have developed in the 19th century, these conceptions and patterns of use have continued to shape the experience of the wilderness today. However, while there may be a smaller number of minority group users, a key reason for this lower participation would seem to be differences in attitudes and culture which shape interest in using the wilderness and the concern with everyday living for minority group members. Also, as reflected in the daily newspapers, TV news, Internet, and popular music, minority group culture is very much an urban culture, centered in the inner cities. For example, images of rap, reggae, and hip hop singers, break dancers, skateboarders, sideshow riders, are all reflections of this urban culture, as are urban based churches and community centers. Then, too, the lack of images of minority group members in books, publicity materials, media stories, and film footage about outdoor recreation may be a contributing factor because minority group members may not see members of their own group as role models.

However, these factors might be addressed by the managers of public lands and outdoor recreational facilities. For instance, publishers, advertisers, and filmmakers can readily put images of minority group members in their materials, and the use of white images in promotional materials certainly doesn’t prevent minority group members from using these wilderness areas. It certainly hasn’t affected African-American smokers from becoming high users of a wide variety of popular products from cigarettes to soft drinks at a time when most images in advertising were of whites, as I observed personally when I worked in market research for Foote-Cone and Belding, a major advertising agency, in the late 1960s and early 1970s.

Yet, even with this outreach to change media images, it would seem that a key reason for the lack of minority group members participating as users is because of a difference in priorities, in that minority members may have a greater concern with quality of life issues in their local community and criminal justice issues, due to a high rate of crime in lower-income population areas, as reflected in local police statistics and crime data reports, such as a daily crime spotters report posted online and e-mailed to many residents in Oakland, where I live.

A study conducted in West and East Oakland, which have largely African-American and Hispanic populations, might find similar results. These are high crime neighborhoods, with high unemployment and problems with prostitution and drugs that are both linked to crime. I observed this for myself as a volunteer with the Oakland Police and a member of the Citizen Police Academy Alumni Association for several years. A high percentage of the people living in these areas were in a survival mode, living from everyday crisis to everyday crisis. Regardless of how much outreach there might be to them by sensitive leaders, they would not have much interest in being involved in wilderness and outdoor programs, because they were struggling too much to survive everyday in the inner city. They were stuck in dealing with immediate safety and security needs, and those were their priorities; not thinking about the environment and recreation on public wilderness lands.