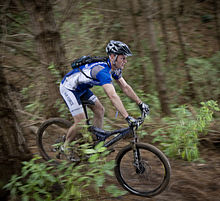 Originally a Spanish Colony and called Cayo Hueso, and still called so by Spanish speaking residents, Key West was one of the only islands in the Florida Keys with a reliable source of drinking water.

Residents of the island were originally immigrants from the Bahamas and called themselves Conchs, after the sea snail that inhabit the waters in the surrounding reefs of the island, and usually means anyone born in Key West. They refer to anyone who has moved there and has lived there for 7 years or longer as a freshwater Conch. The color and diversity of culture there is broad and shows by having the First Cuban Mayor in Florida and also one of the first openly gay mayors in the US.

The town because rather wealthy in the beginning of the 19th century as the residents turned to shipwreck salvage for one of its industries. It is often noted that many of the older houses have fine furnishings and chandeliers which originally came from the ships that were salvaged on the reefs surrounding the island. Later on in it’s history the island had a thriving Cuban Cigar industry.

Key West was also the home for Ernest Hemingway, the writer, and the Hemingway house is still there today. There are about 50 polydactyl cats that live on the premises that are direct descendants of Hemingway’s polydactyl cat “Snowball”. A polydactyl cat is a cat with 1-2 extra toes resulting in 6-7 total toes.

The island was also home to Tennessee Williams, the author of The Streetcar named Desire, and The Rose Tattoo. While Hemingway and Williams both lived there at the same time, however they met only once while Hemingway lived in Havana Cuba.

Key West is known to be the most southernmost point in the continental United States, however it really isn’t. The true most Southern Point in the US is Ballast Key but it is a privately owned island and visitors are strictly prohibited.

Another big tourist attraction is Jimmy Buffets Margaritaville, the restaurant owned by the famous singer/songwriter and named for his hit song “Margaritaville.”

The weather on this island paradise is awesome with average low and high temperatures in the winter being 67AÃ¯Â¿Â½ and 75 AÃ¯Â¿Â½, and summer being 81AÃ¯Â¿Â½ and 90AÃ¯Â¿Â½. A big hit with a broad range of tourists as well as the Gay and Lesbian community, and is one tourist destination that is a must see for all who like to travel to paradise.