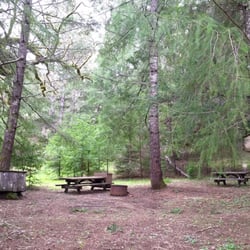 Tara Moss’s much anticipated fifth novel in her Vanderwall thriller series, Siren lives up to expectations and as always leaves her fans gasping for more.

Although I do not know the author personally, her public persona appears very similar to that of her strong-willed and self-assured female protagonist – ex-model, forensic psychologist and in demand private eye Makedde Vanderwall. Without spoiling the first four novels in this bestselling series, suffice to say Moss’s protagonist Mak has been through a lot in her twenty nine years. She has lost a parent, lost friends to crime and narrowly escaped death herself on more than one occasion. Her feisty, kick-arse attitude and penchant for standing up for what she believes is right makes her a target for the worst of criminal society. Her model looks and style opens doors for her, but it is her intellect and mental toughness that gets her out of the life threatening situations she gets herself into.

Siren involves Mak’s search for a missing teenager, seeking revenge on the rich and corrupt, a hired assassin and competing male love interests. The mystery and intrigue heightens as Mak zeroes in on a French circus troupe featuring burlesque, contortion and magic acts and an aging stage siren. Her descriptions of both the Australian and French settings are authentic and the thorough research that went into the writing of this novel self-evident.

Moss is a masterful storyteller and to say this novel is fast-paced is certainly an understatement. Moss builds the tension page by page and does not mince words when depicting violence and its aftermath. Moss is able to keep readers guessing with her adept plotting and her willingness to go where many would not dare, conveying both tawdry and romantic human interactions with aplomb. The result is a stylish and sexy roller-coaster ride that readers will not want to disembark from. An edge of your seat thriller – a must read.

The Author: Tara Moss was born in British Columbia in 1973. Married to an Australian poet, she now resides in Sydney and holds dual Canadian and Australian citizenship. She had a successful international modelling career and is now a professional writer and television presenter. Her novels have been published in 17 countries and in 11 languages. She holds licences in private investigation, race car and motorcycle driving and wildlife and snake handling. Her bestselling novels include Fetish (1999), Split (2002), Covet (2004), Hit (2006) and Siren (2009).