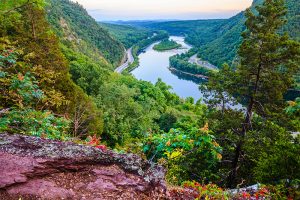 Moorgate originally began life as a postern in the London Wall before it was turned into a gate in the 15th century. Moorgate suffered in the Great Fire of London and when the gate was demolished in 1762, Moorgate was turned into one of London’s major streets. It now connects the City to Islington and Hackney and is located within the London WC2 postcode.

Moorgate is home to a number of impressive green spaces, most notably Finsbury Circus. Finsbury Circus is an oval-shaped circus which branches east out of Moorgate. The gardens in the centre of the circus consist of 5,000 square metres of green space, which includes the lawn of the City of London Bowls Club. The garden was built in 1814 and is Grade II listed.

Moorgate is well known for having a number of renowned residents, including one of the country’s most famous poets; John Keats. Keats was seen as one of the most influential poets in the English Romantic movement and was born in the area in 1795. Keats was born in the Swan and Hoop pub, which has now been rechristened “The John Keats at Moorgate.”

In addition to green spaces, Moorgate is also famous for having quality commercial properties. Moorgate office space is home to a number of major organisations such as the London Corporation and the Institute of Chartered Accountants in England and Wales. A new commercial building, named Moorhouse, was built in 2005 and consists of 28,000 square metres of office space over 19 floors.

New property builds planned for the Moorgate area include the 43 floor residential skyscraper at Milton Court, which would be taller than CityPoint. British Land is also in the process of building a 90 metre office space building at Ropemaker Place.

The Moorgate area is served well by the capital’s transport links. Railway stations in the area include Liverpool Street Station and Moorgate station, while the Moorgate Underground station is served by the Northern line, Circle line, Hammersmith & City and Metropolitan line. The area’s fantastic transport links makes it easy for staff at Moorgate office space to get in and out of the area, even in rush-hour.

In conclusion; a range of office space venues, green spaces and a fantastic choice of transport links make Moorgate an excellent choice for any business looking to put down roots in the City.