Newsworthy Circus of the Stars 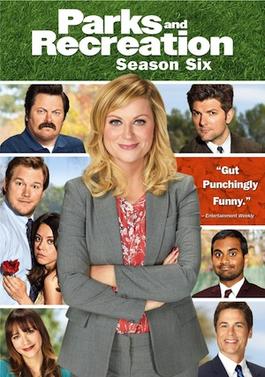 Every night around 6 O’clock our ‘short attention span’ broadcast news fulfills their expected obligations to report the day’s political hub-bub and touch on a war or two. Somewhere in the world, people will get hurt by either a natural disaster or better yet (by mass media standards) a man-made mess. A big weather event always grabs a few seconds of air time which regardless of source, will invariably track back to ‘global climate change’. But showing America’s distinct bi-polar tendencies, the main attraction hog of every newscast circus these days, is celebrity marriage foibles and daily crisis updates, akin to that usually reserved for disasters like the Katrina mess.

You would think in these tough times that the American consumer would cut back a bit on the mind-numbing Hollywood ‘3-ring’ prattle? I thought we as a nation were on the brink of disaster with economic excesses looming and REAL problems overshadowing the ‘big top’ draw? Yet every night, Americans get the incredible opportunity to sit through 4 or 5 minutes of ‘important updates’ on the state of Tiger Wood’s marriage. A typical network news broadcast feed is only 22 minutes long without commercials. So I guess that tells us that nearly 25% of our collective focus should ‘step right up’ to see famous people like Woods (the man of many faces) who screws up over and over again but suddenly feels ‘sorry’ when caught? Wow, what a unique freak show?

If that is not bad enough, how many escapist ‘insider’ type news rags do you have to walk past in the grocery store when you check out? Thank goodness our kids still grab for the racks of ‘wholesome’ impulse candy in those aisles, but do you? I believe just on broadcast systems alone, there are now at least 3 daily “Hollywood” gossip/news shows on the air – ‘Extra’, ‘Access Hollywood’, and ‘TMZ’. Not to mention the explosion of specialty cable shows and of course buckets of internet drivel ala ‘Perez Hilton’ et al. Yes, as ‘oh so modern’ and hip we think ourselves to be, apparently the nation is actually channeling the 1940’s ‘old school’ sideshow mavens of gossip, Louella Parsons and Hedda Hopper for ‘hard’ news now.

Don’t get me wrong, if nothing else I’m a capitalist; so if somebody is buying this stuff, then I fully support the principle that folks like P.T. Barnum (or Hannum) have a duty to sell it. But what bugs me most, is the media’s insatiable lethargy to report, re-report, and re-report AGAIN, upon each other’s Holly & Tiger Woods exploits? Is there not anything else in this ‘world circus’ that’s going on of REAL importance? Oh of course not – why would I ever think that? One can only hope that eventually all of this gossipy hot air will build-up and billow into one giant ‘global climate changing’ vacuous cloud. Then we might finally address our nation’s catatonia with some truly meaningful, ‘ozone-depleting’, REAL ‘Tiger-gas’ news for a change. But only for a few minutes mind you – it’s not good business to miss the birthdays of all those SUCKERS!