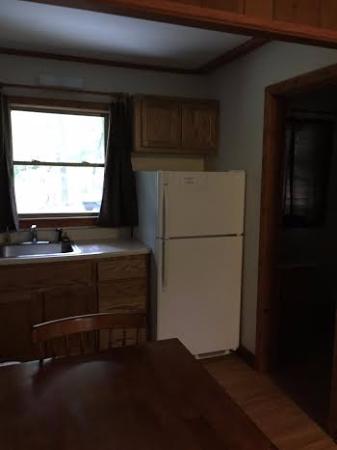 It’s a funny thing about clowns, they can make us laugh with their looks and antics. When one sees about 15 clowns getting out of a Volkswagen Beetle at the circus it amazes us. Clowns can be really funny. Then there is the flip side. Many children and even adults are just plain freaked out by clowns. What is it about clowns that gives them the power to scare the pants off some people? The famous serial killer John Wayne Gacy, who killed 33 boys and men that we know about, liked to dress like a clown. He liked to throw block parties and would dress up like a clown to entertain children and called himself “Pogo the Clown.” This is how he gained the nickname “The killer clown”. This certainly did not do anything to enhance feelings of well being toward clowns.

Recently I mentioned the fact that there was a clown that died and all of his fellow clowns put on their clown outfits and attended his wake and funeral and even carried the casket. when they were in full clown attire. To some this had to be one of the creepiest things that they had ever saw. In all fairness not everyone feels that way, it was sort of a nice tribute, but to those that already had feeling of dread when looking at clowns, this had to really send them over the edge. Maybe clowns should be more sensitive to these feelings and try not to appear in these types of situations in full clown garb? Sometimes children are scared of clowns, children that are too young to have been affected by movies or television, they just feel that clowns are scary. I have even seen animals, such as dogs, that didn’t seem to have much love for clowns.

Did you know that there is even a term for the fear of clowns? It is consider a phobia and called Coulrophobia. Yeah there are so many people with it that it has its own term. In a way that is too bad. Some people get panic attacks when they are around clowns and they can’t breathe, among other problems. Other people just have this nagging feeling of discomfort when they are around clowns. Some say they can’t help but feel that the makeup is hiding some sinister being that is just waiting to perform some unspeakable act upon them. Of course this is just their imagination playing tricks on them. What really is the cause of this irrational fear of Bozo? First of all, people are uncomfortable when they can not see the face of the person that they are looking at. I am not talking about someone that turns their head, but I am talking about someone that is either wearing a mask, or makeup that hides their features. This has a tendency to make some people very nervous.

There is more to this fear of clowns. Books and movies have not helped with this problem. There are many books written about scary clowns, but worse yet are the movies. Even a super hero such as batman has to face the joker, a cruel and ruthless criminal that kills without a thought and yet has a face painted to look like a smiling clown. The movie Killer Klowns from Outer Space (1988) has become a cult classic. It is about aliens that are clowns. These clowns ravage a town and turn the people into some kind of soup that they can drink. The movie, while intended as a black comedy, is capable of really putting a scare into those with a fear of clowns and was made very dark. A movie based on a story by Stephen King entitled “It” was about a sort of evil spirit that manifested itself as a clown, that just waited until it had a chance to attack and kill people. Other scary clown movies are Clownhouse and Killjoy that featured a crazy cruel clown that seemed to have supernatural powers. There are many more movies like fear of clowns does not discriminate and hits all levels of society. Some of the people that have this phobia would surprise you. Here is a direct quote from OMG which is run by Yahoo, “Daniel Radcliffe: Afraid of Clowns You’d think a guy who’s gone head-to-head with Dementers and He Who Shall Not Be Named wouldn’t be afraid of anything anymore. But Daniel Radcliffe, who plays the world’s most powerful wizard, has a fear of clowns. And he’s not the only famous coulrophobic star: Johnny Depp and P. Diddy dread the circus entertainers, too.”

If people like these actors, who see all sorts of horror effects in films while they are working, are still afraid of clowns, what chance does an ordinary person have to get rid of this fear? The medical profession has various treatments for the fear of clown condition, or Coulrophobia. They use different medications to relax people. Therapies are also available, although I don’t really know how effective any of this stuff is in the long run. One of the therapies is to face down this condition until it is manageable. This is a sort of cold turkey. It is recommended that if someone had to conquer this fear, they should try and do it a little bit at a time. Don’t try and rush into a room full of clowns and expect the phobia to disappear. Instead of disappearing you just might give yourself a heart attack. What could make this even worse is the clowns might not realize, or care about your problem and decide to do a routine or two while you are there.

The worst part of the fear of clowns is the fact that some grown people still have this fear, they realize that it is irrational, yet they can not help themselves. It is like the fear of heights, no matter how some of us try, that fear is always with us. We all know that clowns are just people wearing makeup and silly clothes, but that doesn’t help those with the fear of them feel any better. Some say that people with this fear had a traumatic experience when they were a child and this is what caused Coulrophobia, yet some people claim that this is not the case at all. Could they have had some sort of bad dream when they were children and it stayed with them in their subconscious? Fear of clowns is a phobia that seems to be a small epidemic. A lot of people seem to have this phobia. Will it get worse or will it get better and will people a hundred years from now laugh at the idea? I guess we will have to wait and see.