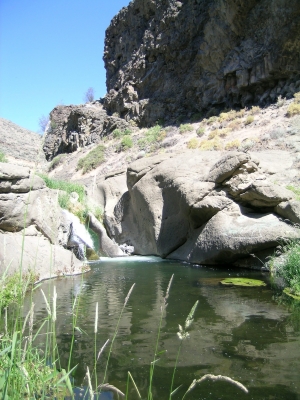 I must have been around 6 years old when I last went to a circus. My aunt and uncle took me and my sister, who would have been around 4 or 5 at the time, to a tented circus. We ate cotton candy (something I never particularly liked but felt that as a kid I should eat it) while we watched the performances and I remember having the feeling that my aunt wanted us to have more fun than we were having. My sister might have been too young still to really know what was going on, and probably only noticed the bright lights, loud sounds and activity, not that the feats and performances were hard to accomplish. I had a hard time enjoying myself during the performance. Even at 6 years old animal welfare was a big passion and elephants had been my favorite animal since before I knew what that meant (I recently cleaned out some old storage boxes from my childhood and found half a dozen elephant stuffed animals and books). Before we went inside the tent there was an Asian elephant in her own small tent where we could all see. There was probably someone there answering questions about her. All I noticed was the chain around her back leg, keeping her from moving. There was a thin layer of straw on the ground, but she was kept very still by that chain. During the performances I wondered about that chain: I don’t remember the actual circus acts.

After the circus was over there was an elephant with a box saddle in the parking lot where you could pay for a ride. It was a smaller space than a pony ride would have used so the ride wasn’t very long. While waiting in line for an elephant ride, I noticed a lush lawn right next to the elephant and wondered, after watching her feet squish into the asphalt, why we weren’t on the grass. Surely that would have been more comfortable for her, since an elephant had different feet than a horse and probably felt the hot ground. So why not use the grassy area? My little sister and I took our turn on the elephant’s back, which was pretty much just a circle around, but I wasn’t that impressed. You’d think riding an elephant would be the coolest thing, but maybe it was like cotton candy, and I was just supposed to like it but just didn’t care for it much. And at what expense was the experience? The elephant couldn’t possibly want to do it, but maybe it wasn’t so bad, at least for the people who got a real joy out of it.

One of the most horrific topics of animal welfare is the use of animals, namely elephants, in circuses. In the wild elephants roam hundreds of acres of savannah or forest, using their strength to take down tall trees, and even zoos are revamping their enclosures to more closely mimic the wild. Free contact (which necessitates the use of force, domination and punishment) is illegal in zoos, with enforcement starting in two years. We know that elephants are sophisticated animals with intelligence levels up there with chimps and dolphins, and social and emotional levels rivaling our own, yet we permit this type of thing to go on. Repeatedly beating elephants, even babies, over the head with hooks and clubs to get them to submit is common, and using hooks and clubs is perfectly legal.

Watch the PETA video on YouTube that shows elephant abuse in the most famous animal circus in the world. Trainers beating elephants with hooks sharp enough to pierce their skin. There’s even a few seconds where you can see a trainer gouging an elephant’s trunk with the hook (called an ankus or bullhook) and leading her with the hook still inside her skin. Sounds harsh, doesn’t it? Maybe if it sounds like something you wouldn’t be able to watch, or something you’d have to turn off after a few seconds or something that would stick in your head for days, maybe you shouldn’t be going to the circus. Maybe, if you can’t handle knowing that something so severe occurs in animal circuses, you shouldn’t be giving them your admission money so quickly. Maybe you shouldn’t show your kids the “wonders of the circus” because you know what happens right before they all go on stage, and right after. Maybe you should just skip the circus instead. But you should still watch the video. It’s 4 minutes that might haunt you at least for the rest of the day, but this is reality for people and animals across our country. Endangered animals, mind you. Animals we’re supposed to be protecting. Animals we’re supposed to want to keep around for future generations. Mass murdering criminals on death row are treated better than these elephants are. If you really want, read this investigation into the circus. It’s very long and even more horrific, but it’s true.