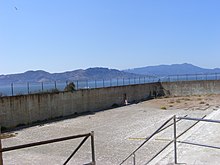 W. Axl Rose was one of the most powerful and polarizing figures in popular music in the late ’80’s and early ’90’s. When “Appetite for Destruction” exploded on the rock scene in 1987, Rose and the rest of G ‘n’ R were leading the hard rock pack. The “Appetite” lineup imploded far too quickly, and by the mid-’90’s, Axl was the only one left. Now, well into the second decade of the 21st Century, the voice behind hits like “Welcome to the Jungle”, “Sweet Child O’ Mine” and “Paradise City” is still screaming into the wind. But is anyone paying attention? Or have the intervening decades put up a smokescreen of grunge, hip-hop, teen pop, boy bands, emo and reality TV that Rose’s roar can’t cut through?

The artist originally known as Bill Bailey infamously broke with his band mates and kept Guns ‘n’ Roses going with all new members. This might not have caused the controversy it did if Axl didn’t take an astonishing 15 years to release the first album with the new Guns, the long-awaited “Chinese Democracy”. But all this begs the question – after so much time, and without the band that made “Appetite” arguably the best hard rock album of the ’80’s, is anyone still listening?

I guess the first thing to say here is that, in my opinion, “Chinese Democracy” is a damn good record. It’s uneven in places, to be sure, and stylistically, it’s all over the map. It’s also no “Appetite”, but that’s not a fair comparison. I also don’t know if it’s worth waiting 15 years for, but few things are. Axl’s voice hits like a freaking hurricane, though, and some of the songs are nothing short of amazing (“If the World”, “This I Love”, “Street of Dreams”). How good the record is really isn’t the point, though. The point is whether or not anybody cares.

The album’s sales indicate somebody must. It was certified platinum, and with the current state of the music industry, I’d say that’s the equivalent of at least double platinum twenty years prior. Sure, it’s a long way from Guns at their peak, but platinum is still nothing to sneeze at. Ecstatic audiences have packed auditoriums around the globe and generally been treated to amazing, marathon performances (albeit ones that frequently fail to start on time). Rose may not be at the epicenter of what’s happening in music today, and, even amongst fans, he may have lost the support of people who only want to hear the “Appetite” lineup. In an industry that seems to be in free fall, however, the man still seems to be enjoying remarkable success. More albums and more extensive touring in America could push that success to an even greater level. Hell, if the Gunners give it another five or ten years and then reunite, they could reap the benefits of truly legendary status, and their tours could be received like those of, say, the Rolling Stones.